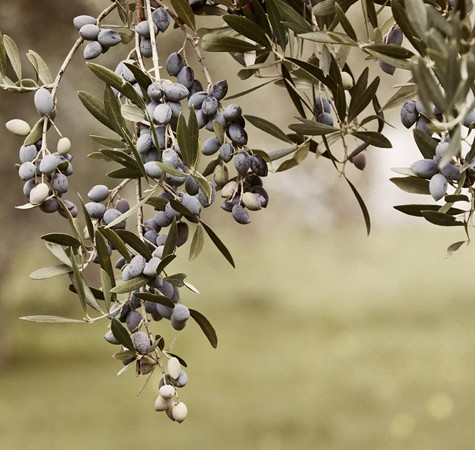 “It is not a coincidence that the olive variety we are using was named after the villages we come from.”

The Koroneiki variety of olive trees is first to be found in Messinia. It is named after Koroni, the village we come from. Nowadays it is also to be found in other parts of Greece, such as Crete and Mani. However, different cultivation methods (e.g. the fact that the trees in other parts of Greece are often watered), results in a radical difference in density, texture and aroma of the olive oil.

Unlike cultivation methods used in other places we do not use artificial irrigation. It is not a coincidence that trees are often called dry (kserikes). As a result, their olives produce a dense, high quality olive oil with a rich taste. In addition, our trees are pruned twice a year, once during the picking of the olives and once at the end of spring. Controlling the density and the height of the branches results in keeping the olive trees close the ground so that nutrients have to travel the shortest path from the root to the olive.

By focusing on quality rather than quantity, and following the traditional cultivation methods we end up with an olive oil that has a vivid olive-green color, wonderfully distinctive taste, and unique texture. It is indeed unique, and (we are tempted to say) incomparable.